I’ve been seeing fewer pillbugs these days, but more millipedes. While I wish the little guys would find somewhere else to hang out, I don’t have a problem with them.

I actually have a lot of fond memories of millipedes. I used to volunteer at the Butterfly Pavilion and Insect Center in Westminster, Colorado. Back then they let us handle the giant African millipedes, which was a very cool experience. Those things get up to over a foot long, and like to curl around your wrists like bracelets made of cable. And then poop on you, but they don’t mean anything by it. 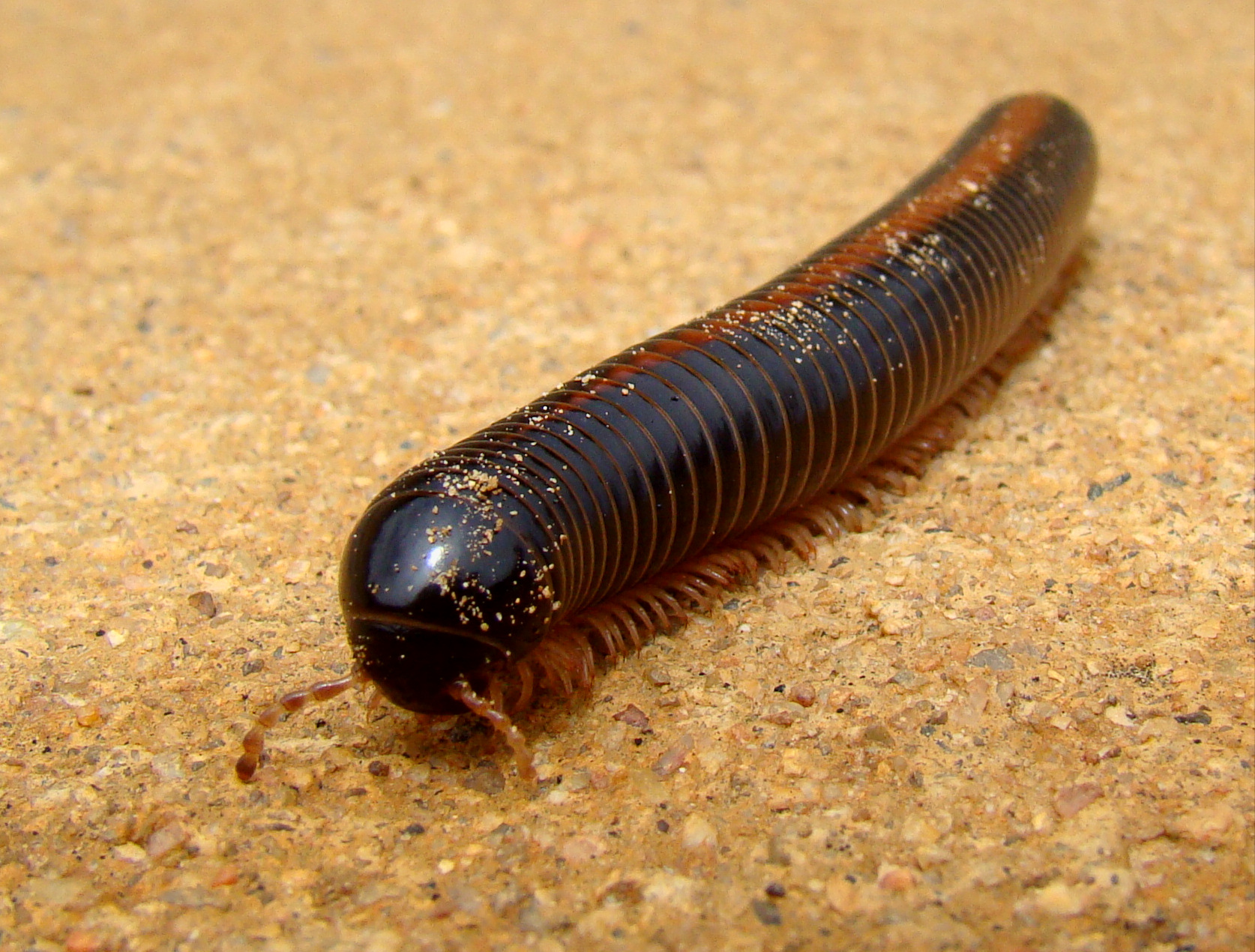 There was a giant Sonoran centipede at the insect center too. They did not let us handle that. It had stingers on the tail, one on each foot, and some terrifying jaws. Those things can eat lizards and little rodents. And apparently you should always pick them up with forceps longer than the actual centipede, because they can curl up fast and latch on.

But millipedes. Millipedes are cool. They also roll up in a ball like pillbugs when they’re scared. Which is… shockingly adorable.

I’ve been picking up the little guys and letting them crawl over my hands as I carry them outside. They’re much better at clinging than pillbugs. Though if you play with millipedes, you should wash your hands afterwards. And not just because of the messy millipede poops (they’re kind of like the cows of the arthropod phylum, if you take my meaning) but because they secrete defensive chemicals if they get scared – such as hydrogen cyanide.

Also, unlike pillbugs, they have no terrifying marine cousins. So family reunions are, presumably, all cute with occasional pooping, and no tongue-eating.

I’m spending an inordinate amount of time these days on arthropod rescue. But we’ll see who’s laughing when I see a magical millipede safely to the planter outside and get three wishes as a reward.