A Brunel Kind of Day 3

Tags: stuff in the uk

It was another day for tourist things, this time closer to home, in Bristol. We started out at the Avon Gorge, so I could look at the pretty rocks. 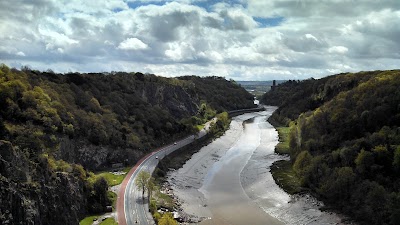 The pretty rocks are mostly Carboniferous limestones and a bit of sandstones. Apparently there are fossils, but I never got near enough to the limestones to look. It’s a nice, deep river valley that formed during the last glacial maximum. Very pretty. Though I  find the river very strange to look at since it’s so tidally influenced it was just a trickle when we were there. It’s hard to imagine ships going up the river, but you can also tell how deep it is when the tide comes in by looking at the extent of the mud banks.

Now, the reason to go to Avon Gorge is to see the Clifton Suspension Bridge, which was designed by Isambard Kingdom Brunel, owner of the most fantastic name I have ever encountered in my life. I am going to have to name a character in the Adventures of Captain Ramos Isambard. The bridge is pretty impressive just because of how high up it is, and the chains on it are not what I’m used to chains looking like. 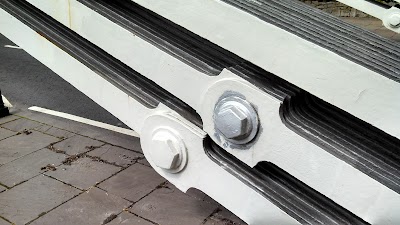 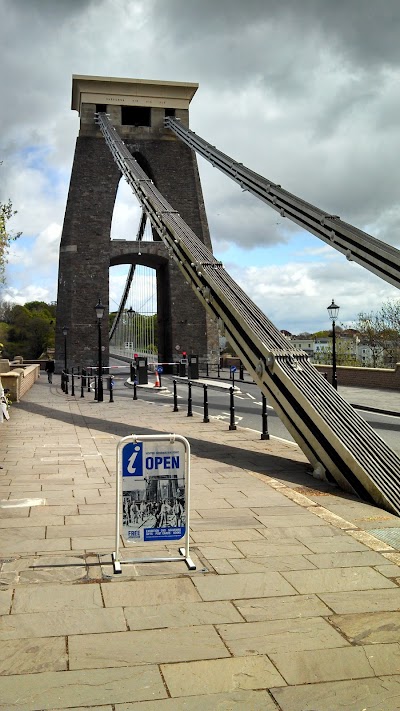 There are also signs for the Samaritans (basically the suicide prevention hotline) all over the bridge so… yeah. 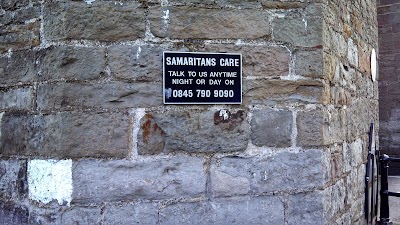 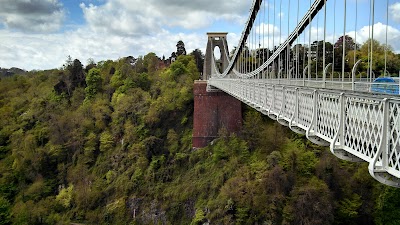 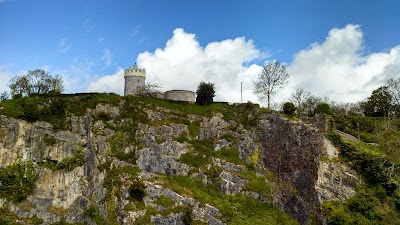 After, we went to the SS Great Britain, which was also designed by Isambard Kingdom Brunel. There is a lot of cool information about the Great Britain, which is better read at the Wikipedia page than reiterated here by me. But the coolest thing I think is that the ship (now museum) was returned to the dry dock in which she was built, and there she has stayed. 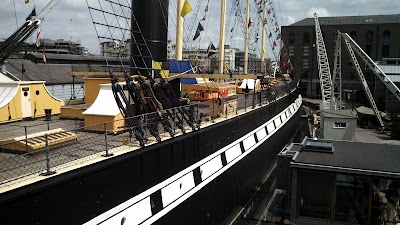 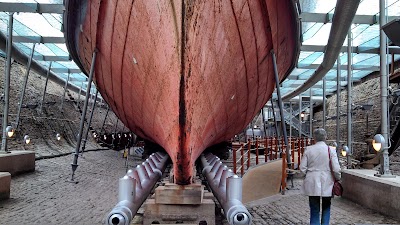 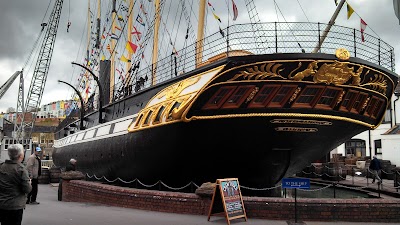 You can go down into the dry dock, which is truly very dry. There’s a massive dehumidifier system under there to try to arrest the corrosion of the iron hull. There’s a glass ceiling with a thin layer of water above to give the ship the illusion of being in water when viewed from above. Hilariously, it also means people can look like they’re walking on water if they go in.

There’s a nice audio tour for the ship, which is a very nicely done museum, preserving the ship’s history as a passenger liner. One of the tours says it’s about Sinbad, the ship’s cat. I asked for that one and was informed, after a disbelieving stare, “That one’s for children.” I said, “Yes, I know. That’s the one I want.” After another stare, the lady handed over the audio tour unit once my mother in law informed her, “It’s all right, she’s American.”

So there you go, my fellow Americans.

It’s false advertising anyway. The children’s tour is actually about a little first class passenger named Florence who spends her whole time chasing the poor, ginger cat. I felt like I was robbed. The tour would have been way more fun if it had been from the fictional viewpoint of an anthropomorphic tabby. So bleh on you, SS Great Britain museum tours.

I think my favorite part of the ship was the replica engine. 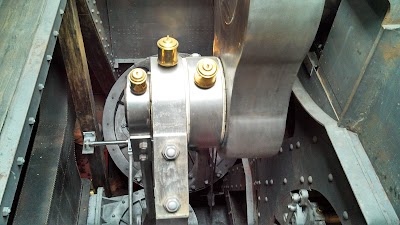 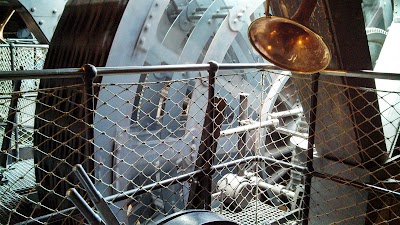 Well, and my moment of being very dapper. 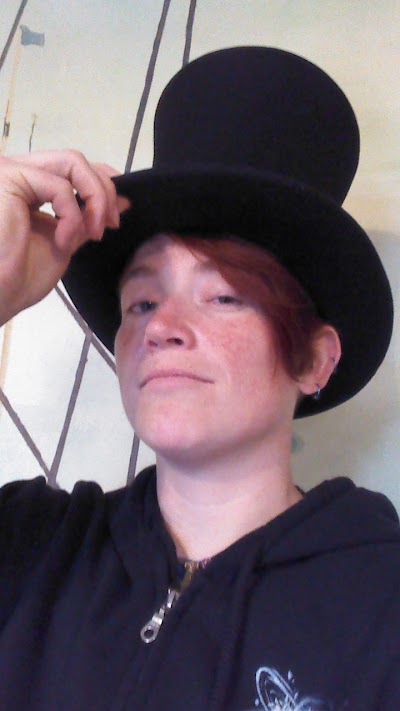 I want a top hat of my own. I would wear it whenever the hell I pleased.

There was also some fun fake food in the galley and first class dining room. You know how I am about fake food. 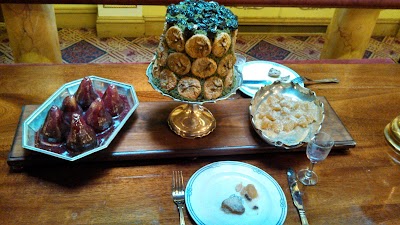 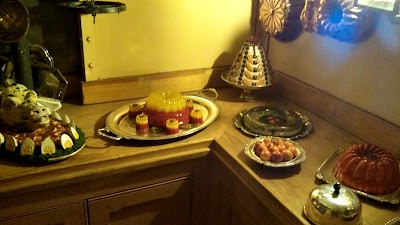 …but then it all got a bit Silent Hill. 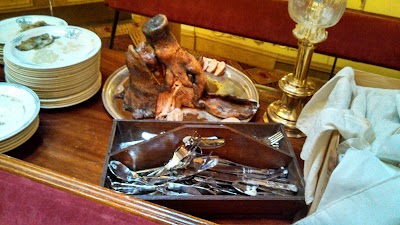 Also, this is apparently a game. Called, and I am not making this up, the Nut Spinner. 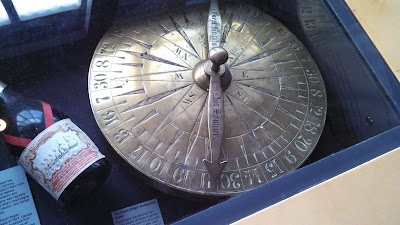 No one knows how it was played. Insert your joke here.

After, it was getting rainy and we were touristed out, so we headed back home. We had to stop at a bridge while a barge went through, so you know what has to happen. 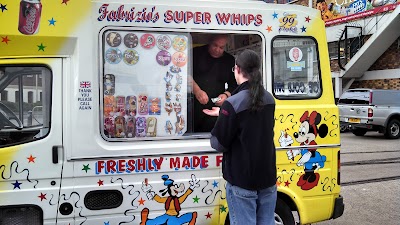 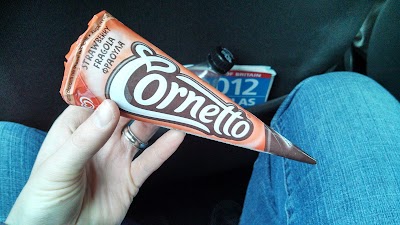 In honor of the release of the World’s End trailer. Though I know, I know. I should have gotten a mint cornetto instead. I panicked. I’m sorry.

I have a ton more pictures if you’d like to see them! They’re at my Picasa album.

And you know what I’m doing tomorrow? I’M GOING TO STRATFORD, BITCHES. Going to see Hamlet done by the Royal Shakespeare Company. YES. GIVE ME YOUR ENVY. IT TASTES LIKE SWEET CANDY TO ME AHAHAHAHA.

3 thoughts on “A Brunel Kind of Day”