This is the part where you get to be even more jealous of me: Stratford (and Newark Park House) 2

Yes. Not only am I surrounded by delicious biscuits and all the milky tea I can drink, yesterday I went to Stratford. And saw the Royal Shakespeare Company perform Hamlet. (And also went to Shakespeare’s birthplace, which was cool too.) Then today I went to the Newark Park House, which is just ridiculously beautiful.

Ready for some pictures?

More under the cut.

According to my in-laws, the above house is the only actually worthwhile Shakespeare tourist thing to do in Stratford. I figured I’d take their word for it. It is the original Shakespeare house, nicely restored, and they had some good volunteers to talk through everything that was in there. Most of the contents were replicas, though there was one room that still had the original floor, which I thought was kind of cool. (There’s a bit of an original floor theme in this day, actually.) 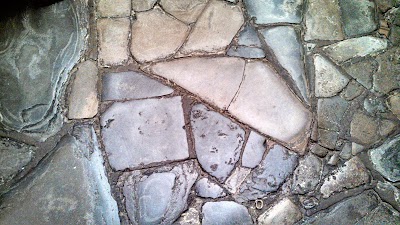 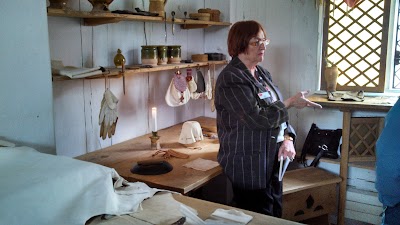 Also, they had one of the windows, which visitors apparently had etched their names into. They don’t let you do that any more, I’m sorry to say. 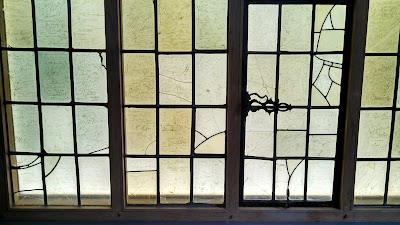 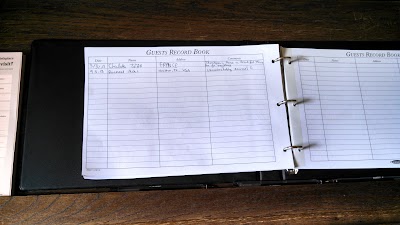 Outside there were some players practicing for The Winter’s Tale, but one was nice enough to do some bits from A Midsummer Night’s Dream for us, since that’s my mother-in-law’s favorite. 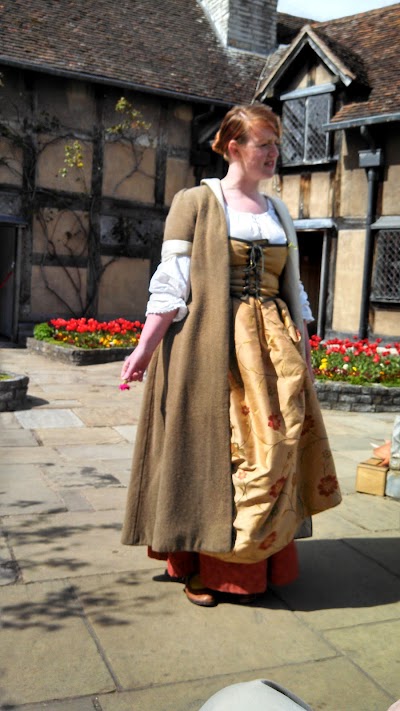 But let’s talk about the real big deal – HAMLET! At the RSC Theatre! 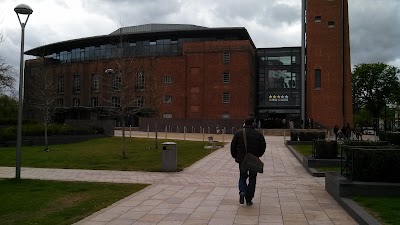 They apparently redid the theatre within the last few years so the seating was absolutely fantastic. Everyone gets a pretty good view. We were in the second circle, and it was definitely the best seat I’ve ever had in a theatre that side. I felt very connected to what was happening onstage, which is really the point. 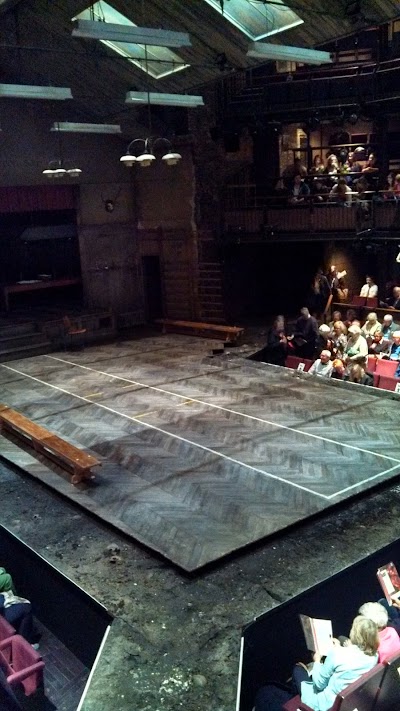 This was the best Hamlet I’ve ever seen, hands down. Jonathan Slinger was a fantastic Hamlet (though Robin Soans as Polonius sure gave him a run for his money… at least until the murder thing, but you know how it is with that play). What I liked the most was the amount of humor that was brought out in this production. Sure, everyone dies at the end, but there is a lot of humor before that, and some of it isn’t even by necessity dark. The cast was fantastic. Pippa Nixon was also the best Ophelia I’ve ever seen in my life. She sang a lot, which is not something I’ve come to expect.

So yes. Loved it. I hope I’ll get the chance to see more plays done by the RSC in the future, whenever I make it to the UK.

After the play, we got to go on a backstage tour with a guide who had all the great stories. We also got to watch the tech crew start changing the stage over from Hamlet to As You Like It, which was very interesting. One cool thing I learned? When they gutted the theatre to rebuild it they took out the old stage. The wood from that stage has been used to floor areas outside the auditorium, which I think is very cool. 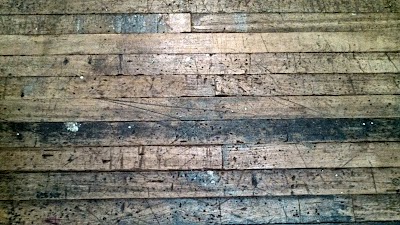 Also, they had two exhibitions of costumes out. I took a ton of pictures of those. 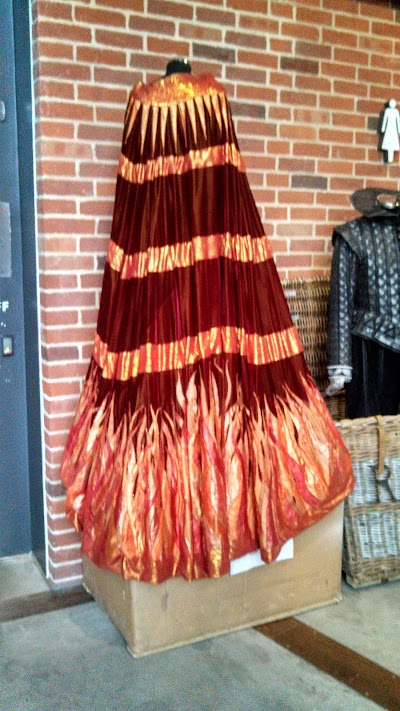 Many more in the photo album for that day. After the play, we had an excellent dinner in the theatre’s restaurant. Here’s also to give you an idea of how much they changed the inside of the building – they kept a section of the old back wall of the theatre in the restaurant and have just decorated. 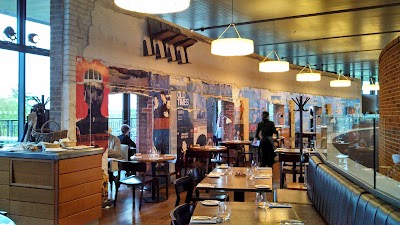 And of course I got Shakespeare swag, though I was pretty good. The teeny book is a pocket Hamlet which is now making friends with my pocket King Henry V in my laptop bag. 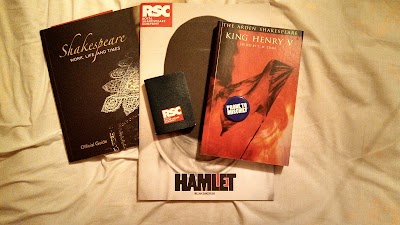 So yes. Like I said. Album for more photos.

And then today was Newark Park House, which is just a ridiculously pretty place. The house is a strange, eclectic maze. It was changed majorly and expanded something like four or five times throughout its life as a house, which started back in the Tudor period. Inside the floors between halves of the house don’t match up, you can find windows that are no longer windows in some rooms, and outside some of the windows are fake, just put there to give a sense of symmetry. But it’s still very pretty, and the grounds are fantastic. 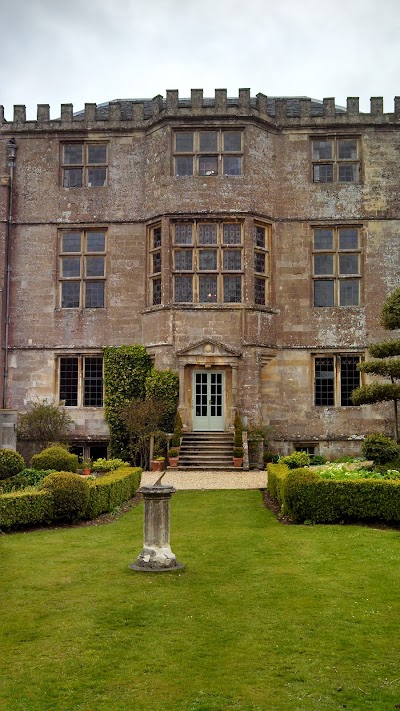 The inside of the house is not quite the museum you’d expect. The house actually feels very lived in and you can sit on most of the furniture. That’s because the house was actually rescued and rehabilitated by a Texan named Robert Parsons and his partner Michael Claydon. They both actually then lived in the house for a while (Robert Parsons has unfortunately passed away) and there’s now a private apartment int he house that can be rented. It’s a very different sort of feel, and there’s always some sort of art exhibition going on as well. 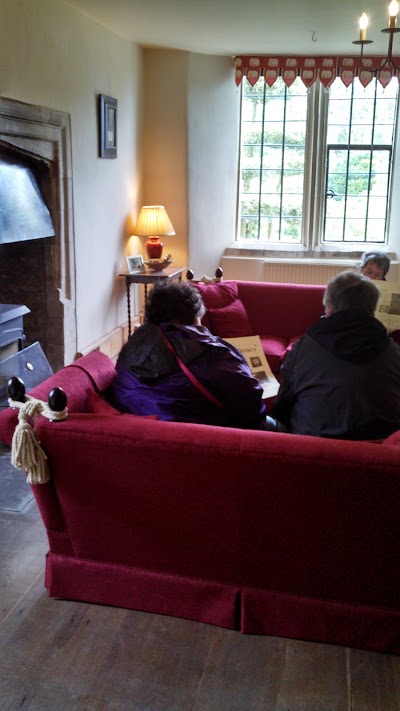 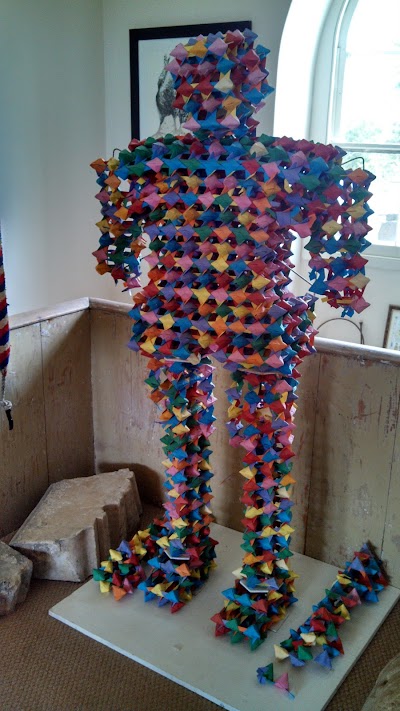 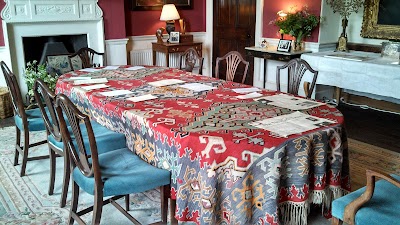 There are peacocks, chickens, and sheep on the grounds. The chickens will creep on you like nobody’s business when you’re trying to have tea and cake. They have no shame. The peacocks just try to be more subtle about it. 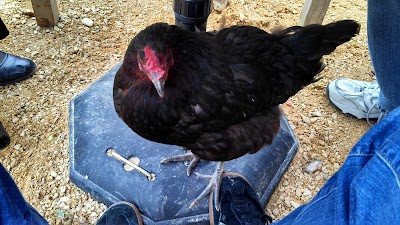 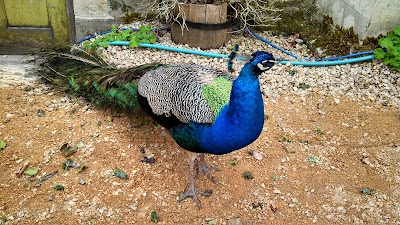 There are paths all over the grounds for exploring. Wild garlic is everywhere, which is apparently good for cooking. But it has very pretty little white flowers. 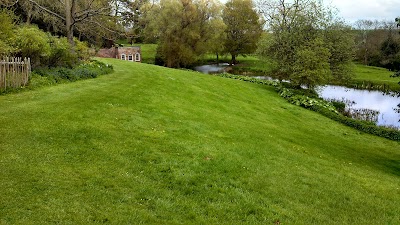 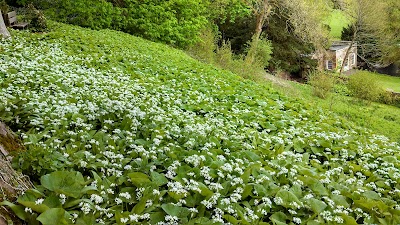 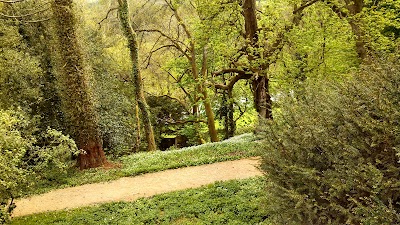 If you’re near Bristol and the weather is good, definitely a nice place to visit. Want to see more pictures?

We’re flying home tomorrow. I can’t believe how quick 10 days has gone by! I want to see more Shakespeare…

2 thoughts on “This is the part where you get to be even more jealous of me: Stratford (and Newark Park House)”