There’s a new fire near Boulder. It’s only 300 acres, but it’s burning the flatirons, it’s heading toward NCAR, and there are evacuation notices dropping.

The High Park Fire is still burning at over 87,000 acres. 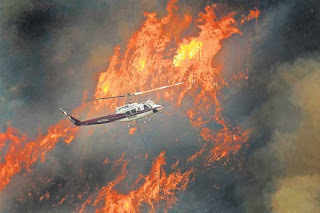 My friends Susan and Galen have been evacuated from Colorado Springs. My best friend (their daughter) just told me that the fire has burned the home of one of her former students, that it’s down the street from the school she taught at until this summer. People from my writing group have been evacuated, or we haven’t heard from them at all.

Even away from the fires the air smells like barbecue. It’s hazy. The horizon closes in, unnaturally for Colorado. Ash falls from the sky in some areas, like it did during the Hayman fire years ago. It’s the most disturbing snow imaginable, gray fluff when it’s hot and dry and you can look the sun in the eye because it’s a angry orange ball cloaked in smoke. 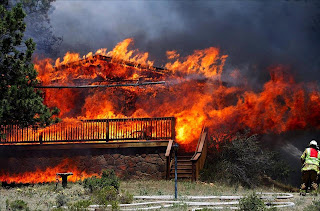 This is all I have, a dry recounting of names and facts. I know I would feel this helpless if I was home. I will feel this helpless when I’m home over the weekend. Because what can you do against fire? It’s a force of nature. It’s unseasonably hot days, no rain, and an uncountable number of dead pine trees, killed by beetles breeding over too many mild winters. There is nothing a single human being can do about that.

Is this climate change? People arguing over that are missing the point. Climate change is not one single event. It’s the culmination of years and decades of gathering warmth and more easily attained extremes. So is this a warning? Perhaps. Years of warm winters and hot summers? Perhaps. There isn’t anything a single solitary human can do about that either.

There’s some hope that good could come from this, in the sense that this will consume the beetle-killed trees, and maybe it’ll cut down on the number of pests. What we really need are our desperately cold winters back, two in a row. But so far that hasn’t happened, and I don’t find a lot of hope that it will soon.

But now I just feel helpless, sitting 1100 miles away and clicking reload on news feeds over and over while Colorado burns. 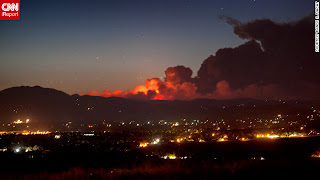