Well, now it’s official, we have a lease in Houston. Not that it wasn’t official before, but this just feels more final, somehow. We’ve got a place that’s about 3 miles from my office by side streets, so I should be able to commute via bicycle unless it’s raining!

Mike and I are both pretty excited about this apartment – we looked at a lot of website, and this one jumped out at us as perfect. And we got lucky, getting in. It’s a relatively small number of apartments, and apparently people don’t tend to leave very often. We snapped up the perfect place, and it’s got a garage and comes with all the appliances (including washer and dryer). We’re getting a two bedroom apartment, so we’ll have a guest room so people can visit us!

Oh, and it has a huge bathtub. I’m even more excited by that – finally, I can take proper baths! 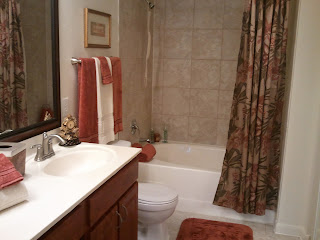 The closets are ridiculously huge closet. Mike is standing in it with me for scale. 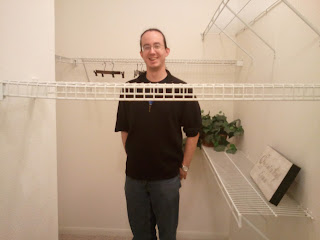 The move in date is the first weekend in February. Mike will hopefully have a job to get in to by then. For me it’s unfortunately a little more complicated. I originally wanted to start work the first week of February, but I’ve had to push my thesis defense to February 21. That means we’ll be moving to Houston, but then I’ll probably fly home to Denver and haunt my parents’ house until I’m done with my thesis.
But we’re a step closer.