Okay, as promised. You guys are awesome and donated over $200 to the Red Cross, so I’m here to take my punishment. I’m going to watch the Ray Comfort “documentary” 180, a copy of which was left on my buddy David’s windshield one day when he was parked near a Planned Parenthood. (That this particular Planned Parenthood is not a location that offers abortion services is neither here nor there.)

If for some perverse and awful reason you would like to play along at home. You can actually watch this entire thing on youtube. Sorry, can’t bring myself to embed this one on my blog.

If you want to watch this update live, you’ll have to go to the blog page and reload it every few minutes. I’ll update entries elsewhere once I’m done with the liveblog. 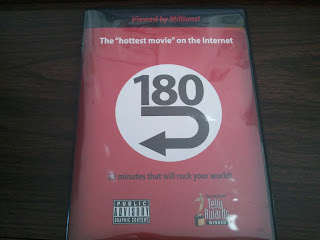 But apparently my world is going to be rocked for 33 minutes. Come at me, bro.

1300 – The DVD menu music is a dramatic piano riff that sounds like something you’d expect in, say, The Sixth Sense while there’s a montage going on, or perhaps Bruce Willis walking around and looking really concerned. It ends with the sound of a heartbeat. Hoo boy.

1302 – I’m hitting play now. I just want it to be noted that I will apparently do anything for the Red Cross. Think of me fondly, farewell cruel world!

1303 – The movie starts with a black haired girl who apparently does not know who Adolf Hitler is. What in the fuck. Where did he find this person?

1303 – Ray Comfort is Jewish and deeply concerned about stock footage of Nazis.

1304 – This man has the most nasal, squeaky Australian accent I have ever heard in my life. He sounds as if he’s been huffing helium between takes. Not sure if this is going to make my job more difficult or more palatable.

1305 – Ray Comfort is concerned about people forgetting the Holocaust. He gives some background on Holocaust education in Germany and other countries in Europe.

1306 – Oh look, he’s managed to dig up more people who don’t know who Hitler is! Seriously? I wonder how many people he had to ambush on the street to find these. Because ffs, anyone who has ever been on the internet knows who the fuck Hitler is.

1307 – I know this is jumping ahead since I know what the video is about, but basically this is a 33-minute-long Godwin, right?

1307 – Steve the Neo-Nazi. He has a startling mohawk, which is blue. I don’t think Hitler would have gone for that, to be honest.

1307 – Apparently Christianity is a Jewish trick but Steve the Neo-Nazi is not fooled because he’s Greek. This is a quote. But make no mistake, Steve is an awful human being. An awful, awful human being. And I do think Ray Comfort deserves a small salute for pointing out that Steve and people like him are awful, and also completely incoherent hate spewing horrors.

1309 – Okay. Still asking people who Hitler is. Some of them know. Maybe he ran out of people didn’t know since he already found like the only twelve on the planet who have been living in a box their entire lives.

1310 – The piano riff starts back up as he talks to another awful human being who believes the world is run by Jews. I assume this is to point out to us that this is both Important and Very Bad. Unlike Steve the Horrible Mohawked Neo-Nazi, this guy’s face is blurred out. An awful person with a sense of shame, perhaps?

1311 – I’ll give Ray Comfort this. He’s figured out that just letting the awful people talk pretty much makes his point for him that they are awful. However, I’m still waiting for this to get around to abortion so I can start beating my head against my desk.

1313 – Okay, next question he’s asking people on the street – if you could kill Hitler before WWII, would you? Either by shooting him as an adult or killing his pregnant mom. It’s an interesting ethical question, one which I have a feeling will not be done justice in this film. For some strange reason.

1314 – More stock footage showing the dead of the Holocaust. Starting to feel like those awful PETA videos where it’s intercut with footage of slaughterhouses.

1315 – Well, at least he’s not claiming that Hitler was an Atheist. Ray Comfort touches very lightly on some of Hitler’s religious views (which are very complicated and weird and wikipedia can get you started) that he’s plainly cherry-picked and then calls him an idolater, which is… different.

1319 – More horrifying stock footage. I’ll note that some of it is actually photographs that have had a “old time film effect” run over it. There is also now a quote from a witness to the carnage read in a rather thick, nearly comical German accent, except the content isn’t comical so I feel kind of gross about it.

1320 – Back to people on the street and now Ray Comfort asks if the people would comply with Nazi orders to bury Jews alive and aid in the Holocaust. If I pretend I don’t know the point of the video, I can find it interesting, though I do have to wonder why he’s so stuck on Nazis if he wants to talk about abortion.

1323 – “You value human life? How do you feel about abortion?” OH AND THERE WE GO. Because burying adults and children alive or shooting them is totally the same as a woman having an abortion.

1325 – “Finish this sentence for me – it’s okay to kill a baby in the womb when…” Oh Ray Comfort, you are totally gross.

1325 – So apparently having an abortion is equivalent to blowing up a building that may or may not have people inside?  What?

1327 – The safest place on Earth is in a mother’s womb? Maybe we should store jewelry in there!

1328 – So this is the thing Ray Comfort. You don’t get to decide for other people. Fuck off.

1329 – Oh boy and now he’s saying you can’t value human life and believe women have a right to choose. Well, we all know women aren’t actually human life, right? Argh I want to punch this man in the face so much.

1330 – Wow Ray Comfort you are a gross human being. So very gross. Wow and then there’s shots of people being like oh okay I guess a woman choosing what will be done with her own body is the same as Hitler “choosing” to kill Jews.

1332 – Yes girl on the street, it sounds bad when he puts it in those words because it’s a disingenuous false dichotomy pushed on you by a gross person.

1333 – Well, I shouldn’t be surprised that suddenly everyone in Ray Comfort’s video gets argued around by his amazing logical fallacy skills.

1335 – Apparently we have low moral standards because we’ve freed ourselves from the Ten Commandments what?

1335 – No Ray Comfort, this is not an honest discussion you’re having to change people’s minds.

1338 – So apparently people don’t want to believe in God because we’re afraid of him because we lie and blaspheme and commit adultery by being lustful. Oh my goodness I just rolled my eyes so hard it hurt. Because people who don’t believe in Hell are totally afraid of it? LOGIC YOU ARE DOING IT WRONG.

1341 – There is stuff written on my heart? I think I might need some medical attention.

1342 – Now we’re just into sheer proselytizing and I’m falling asleep. Can we just get back to the Nazis?

1344 – Talking about people visiting the concentration camps and being horrified. And then he suggests visiting an abortion clinic. Because they are so like in every way. (/sarcasm)

1345 – Ray Comfort would like everyone to see his documentary. And buy his book, Hitler, God, and the Bible. You know. Just putting that out there.

1346 – And we’re done with a dramatic string piece. Well, this wasn’t so much funny as infuriating, since I just wanted to reach through the screen and shake people. This is a bullshit argument that equates very different things in a false, emotionally manipulative, and disingenuous manner. A woman making a decision about what goes on within her own body is in no way equatable with a crazy, awful person taking power and ordering the death of millions of people who were born and living their lives. And frankly, I think his schtick is a pretty shameful appropriation of the suffering of the Jewish people. 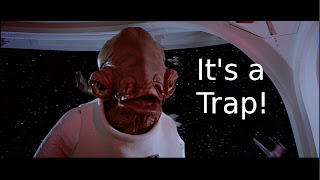 Needless to say, 33 minutes later my world is un-rocked. I really could have lived without seeing a bunch of ignorant people get unmercifully Godwinned by a giant Australian weasel with a pouch full of fallacies.

I think I’ll do a different liveblog maybe today or next week to cleanse my palate. Maybe Metal Tornado will get a whirl after all.